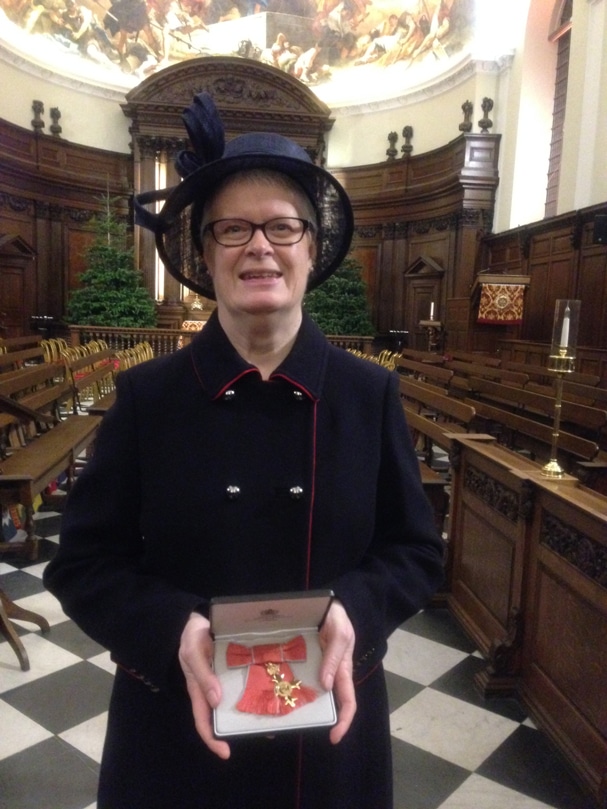 On December 7th 2017, Dr Sarah Pape was made an OBE (Officer of the Order of the British Empire), invested at Buckingham Palace by HRH the Prince of Wales for services to burn victims in the UK and Romania. This is a very well deserved recognition for the many years of service in Plastic Surgery and Burns and in particular Dr Papes’ selfless and professional assistance following the Club Colektiv fire in Bucharest, Romania.

On the night of October 30th 2015, a devastating fire took hold during a music concert in the Club Colektiv which ultimately resulted in 64 deaths and an overwhelming number of burn victims – one of the worst such mass casualty situations in Europe. Moor Instruments was contacted early the following morning by our Romanian distributor, MTI, requesting assistance in order to obtain laser Doppler images to determine which patients needed surgery. Dr Pape immediately offered to co-ordinate this; two assessment systems were shipped urgently from the UK with the assistance of the British Embassy in Bucharest. Once on site in Bucharest, numerous patients were scanned with the moorLDI2-BI and Dr Papes’ vast knowledge in this area was essential in providing assessments and assistance to local surgeons with treatment decisions.

Dr Pape subsequently played a key role in the selection of patients for transfer, by NATO plane, to various UK burn centres (including Newcastle), travelling with some of the patients personally. Other patients were treated at centres throughout mainland Europe.

The entire team at Moor Instruments would like to congratulate Sarah on her award. We feel a true sense of pride in being able to have provided assistance.

Sign up to our newsletter for the latest news at Moor Instruments and to receive exclusive, special offers from us.

© Moor Instruments Limited – a company registered in England & Wales with Company No. 02209367